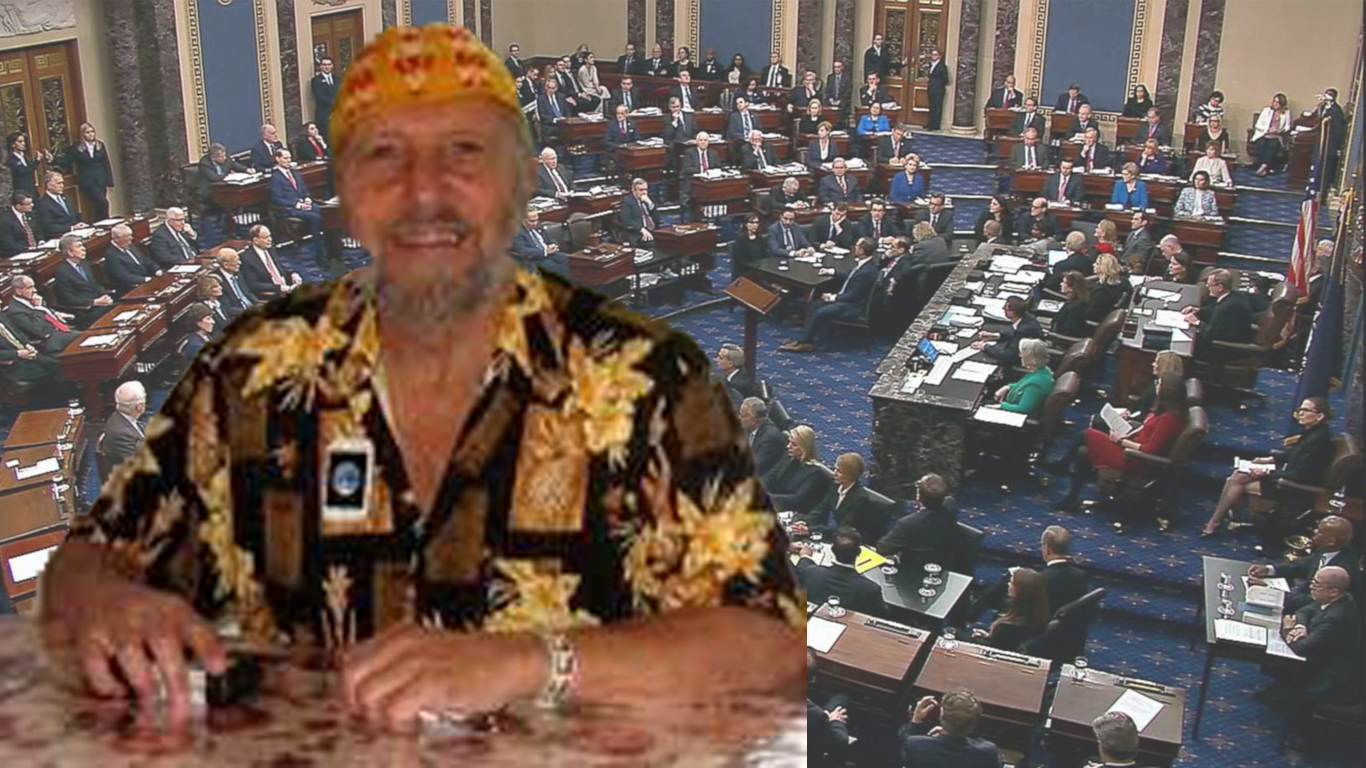 A report on the

“You can’t solve a problem with the same mind that created it!” I’ve known that for umpteen years and often I engage people by asking them “who said that?” Another favorite of mine that Einstein also said is “Not everything that counts can be counted and not everything that can be counted counts.” Those two expressions sum up my reason for attempting a run for the U.S. Senate and are also the same reason for not being able to get 30,000 signatures (15,000 valid) to get on the ballot.

I knew that the decadence befallen Washington in particular and the U.S. society in general has to do with trying to solve the problems we face, with the same old “politics as usual” which is not working. So, by running a senate campaign I thought I would introduce a new concept as outlined in the campaign letter and the 48 point platform that I circulated, to shift the culture from the paradigm of having to the paradigm of being and take out the corrupting force of big money and corporate dominance of our political system.

I was hoping to rally a grass roots base and fuse together all the groups and organizations that are working for peace and create a base on which to get on the ballot and present a new voice for peace and restorative justice in the U.S. Senate. Apparently…despite our prostration that we really want to include the things that really count, the fact is that we are still counting the things that HAVE NO INTRINSIC VALUE and running elections the way we always have…with fear and money rather than meaningful solutions and genuine caring for the social fiber instead of corporate greed. We still put profits ahead of people and economics ahead of humanity, especially the false concept of power…mainly that “might makes right”.

We live in a War Culture of Violence. We honor people in uniform because they are efficient at going overseas to kill people. We promote violence as entertainment, in spots, in movies/TV, in video games, in children’s cartoons and children’s programing. We promote and advertise consumption of Alcohol, prescription drugs, over the counter drugs, tobacco, and gambling. We are brainwashed with commercials and advertising of food and beverages and mind numbing political ads.  We never consider the effect of commercials, electronic and print have on the behavior of adults and children.

Basically we are in the stage that is historically known as THE GLORY THAT WAS ROME!

For that reason I was not able to motivate enough individuals and organizations to believe in the new vision of government and I was marginalized and left out of the race. What we are left with is the “samo/samo” politics and the choice between the lesser of two evils. That is why things are the way they are. We keep choosing between evils and that can’t make things better… it can only get worse.

“We do not inherit the earth to our children— we borrow it from them.” Look at the shape we are leaving it in for future generations. It’s regrettable and shameful and I don’t see it getting better anytime soon.

Meanwhile, I want to thank my family and all those friends who really believed in the cause, especially: Alan Haber, Carolyn Cain, David Olson, George Khoury, Jennifer Kundak, Linda Tracy, Matt Masaig and Tobias. The campaign effort did stir up a lot of conversations and caused a lot of people to reflect and take notice.

As for me, I will continue the mission of making life on earth a little better— a mission that I adopted when my ship landed at Ellis Island on my 12th birthday in 1947. The vision of the Holy Land where I was born still shines in my heart and the motto: Do no harm/Be of service/Cooperate Not compete continue to be the light that guides my way. I will turn my focus to other venues and see if there might be another way to solve problems with a different mindset than that which created them. A new vision of:

Stay tuned as I will update my original website and maintain contact with those who care to tune into: www.yusif.org

I am disappointed to be sure, in that I will not be able to advance the concepts I felt would make a difference…but I am also relieved, in that I do not have to battle in a political arena that is not geared for people but for greed/avarice and self-interest.

My conscience is clear in that I made an effort which was not popular and did not generate the enthusiastic response that I had expected.

I welcome your comments and would be glad to hear from you, if the spirit so moves you!

2 thoughts on “Results of the U.S. Senate Race”

This site uses Akismet to reduce spam. Learn how your comment data is processed.